About Justin:
Justin Maas was born in the 1970s in Hartford Connecticut. His parents moved to Canada before his 3rd birthday and it is the country he has called “home” ever since, becoming a Canadian Citizen roughly 10 years later.

Justin studied at the Art Institute of Chicago, the University of British Columbia and received a degree in Visual Communications from the Alberta College of Art & Design. Justin has worked full time as a professional illustrator, fine artist and graphic designer for nearly 20 years.

Justin works primarily in Pastel, Acrylic and Watercolour. His work is on display at various galleries and locations in the interior of British Columbia and he has sold work to private collections all over North America, Europe and parts of South America.

While many would describe my work as realistic or traditional, the main focus of my paintings is the concept of light.

​Technical skill is certainly a part of my craft but I believe that the real key to creating art is to elevate it beyond pure ability or skillful use of a brush. Regardless of the subject, style or media, the one thing that ties any of my paintings or drawings together is an attempt to translate what we see as lights (and darks) into a 2 dimensional piece.

I hope that my work communicates to you and I would love to hear your thoughts or comments should you be willing to share them. 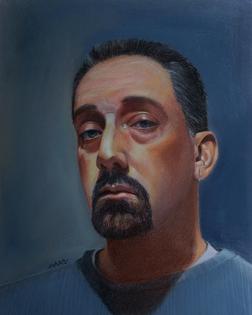